The funeral of Ivy
of Ogwy Street, Nantymoel, Bridgend.
Service and Interment was at Bleanogwr Cemetery,
Nantymoel, Bridgend on Friday 20h February 2015.
The family of Ivy would like to express their sincere thanks for
all messages of sympathy, support & for being present at the funeral. 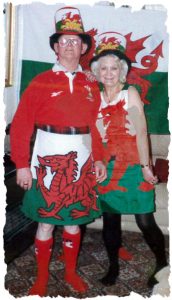