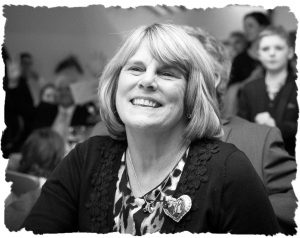 The funeral of Trudy
of Pinewood Square, St. Athan.
Service & Committal was at Margam Crematorium
Margam, Port Talbot on Monday 21st December 2015.
The family of Trudy would like to express their sincere thanks for
all messages of sympathy, support & for being present at the funeral.
Donations in lieu of flowers was to the British Lung Foundation.
c/o. C & O J Sendell.